If you have been craving some warmth, sunny Moroccan Sahara luxury tours are what you need for a great start to winter 2023. And while you might think that a secluded desert cannot be luxurious in any way, let this article change your mind and convince you to hop on the next plane to the Moroccan Sahara.

This winter, you will be able to watch the sunrise and sunset while you’re surrounded with dunes of sand in our Moroccan Sahara Luxury Tours so that you can soak in all the appreciation for the dainty elegance of nature.

Below, you will find the following Moroccan Sahara Luxury Tours:

Merzouga as one of the most popular Moroccan Sahara Luxury Tours

Merzouga is a small town located on the edge of Erg Chebbi. It was built by French troops after the victory of the battle of Tafilalet, which took place between 1916-1932. The town is a collection of 50 km long and 5 km broad sand dunes that may reach heights of 350 m in Morocco’s Sahara Desert. In general, the locals are cordial and welcoming.

Agafay as one of the most deluxe Moroccan Sahara Luxury Tours

Agafay desert alternates between rocky stretches, hills and canyons. Situated at 40 kilometers away (25 miles) from Marrakech, the desert is described to have an environment that is both austere and majestic.

In the midst of the desert, there lies an oasis, a refuge of peace and tranquillity where fauna and flora may flourish. Frogs and turtles dwell quietly in the lake of Lalla Takerkoust, surrounded by water and rocks, in this paradise.

In Agafay, you can:

Ouarzazate as one of the most authentic Moroccan Sahara Luxury Tours

Ouarzazate is a city in south-central Morocco known as the “Door to the Desert”; others call it “the Moroccan Hollywood”. It is located on a barren plateau to the south of the High Atlas Mountains, with a desert to the south.

The Ouarzazate region is a well-known filming location, with Morocco’s major studios attracting numerous foreign production companies to operate there. The movie Lawrence of Arabia (1962) and the popular TV series Game of Thrones were filmed there.

For a lavish stay in Ouarzazate, you will need to spend a couple of nights in one of its luxury resorts:

A luxury Berber-style hotel in the heart of Moroccan Hollywood. The hotel has 241 air-conditioned rooms that are pleasant and well-equipped, ranging from Superior Rooms to Suite Grand Vizier for genuine castle rulers. Room upgrades include living spaces and garden views. Elegant suites include separate living areas, and some have fireplaces. The hotel also has an outdoor pool and a full-service spa with massage, sauna, Jacuzzi, and a traditional Moroccan hammam.

A renovated 19th century hotel and the invention of a Parisian party planner, which is as exquisite as accommodations get. The decor is seasonal, with lush materials and colors that bring the surroundings to life. At Dar Ahlam, you will relax with a massage under olive trees and then go for a drink by the river. You will also be spending beautiful evenings where you can eat a freshly prepared meal beneath the stars. The riad’s spa, which includes a hammam and a solarium, offers a range of massages and treatments for its visitors’ well-being.

A renowned guest house set in the center of Skoura’s gorgeous palm grove. Ksar El Kabbaba provides visitors with a one-of-a-kind luxury and well-being experience. The Kasbah is a form of traditional ecosystem, where visitors may enjoy fruits and vegetables from the kitchen garden and bread made in the oven under the shade of a century-old olive tree. Ksar Elkabbaba has an outdoor pool, a spa, and a wellness center. The degrees of comfort and quality here make it a terrific site if you opt to spend a couple of nights in Moroccan Hollywood.

Zagora as one of the warmest Moroccan Sahara Luxury Tours

Zagora, located in the middle of the Draa Valley, is a nice stopover on your route to southern Morocco. Under an ochre sky, the city of Zagora, driven by sand breezes, provides several options for desert adventures on foot, camelback, or 4X4.

The city underwent a genuine boom in the eleventh century when the Almoravids built this formidable stronghold that secured it against attacks for generations. The city’s shady lanes, which run on both sides of Mohamed V Avenue, make for a very pleasant walk.

The various Zagora luxury camps were created to optimize your comfort while preserving the greatest parts of our Berber culture. These camps are designed to provide a fresh blend of desert magnificence and nomadic civilization. As a result, Zagora”s camps flawlessly combine the two dimensions to provide a breathtaking night experience surrounded by stars, and mountains.

The material used in the tents is of the highest quality. Each luxury tent in our camp has its own toilet and shower. They also offer camel trekking, horseback riding, local music around a campfires beneath a starry sky, and a variety of other fun activities.

For more information on Moroccan Sahara Luxury Tours, please do not hesitate to contact us.

Where To Spend A... Top Luxury Morocco Desert... 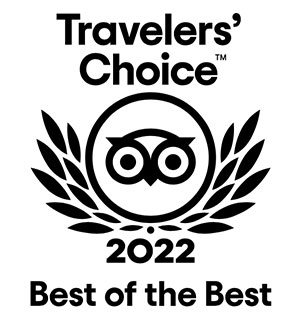